Info about the difference between Razors Edge and Gottiline pitbulls.

The difference between Razors Edge and Gottiline pitbulls.

The difference between these bully style pitbulls is all in the bloodline and how they were bred.

Gottiline pitbulls were created in California in the 1990’s from one dog named Notorious Juan Gotti. Notorious Juan Gotti was born in 1997, Gotti was owned by Richard Barajas. Notorious Juan Gotti was a dog before his time and he was one of the best if not the greatest producing dog in the bully style pitbull world ever. Gotti was bred from line breeding and inbreeding Greyline dogs, Greyline was a bloodline created by Tony Moore. I will be speaking more about Greyline dogs  in another article because these dogs were very important to the world of Bully style pitbulls.
Gotti was bred to A LOT of bitches from all types of different blood lines which was then bred back to Gotti or to other Gotti offspring which then created the Gottiline bloodline. Today there are many kennels that specialize only in Gotti  line bully style pitbulls.  Gotti produced many great dogs that went on as champions and dogs that created many other bloodlines. My personal all time favorite breeding was Notorious Juan Gotti x castle kings Ebony. This breeding  created dogoods big boy , gottilines black beauty, blue honers king Henry , and Gotti lines Monster .Basically those dogs right there laid down Gotti line dog history. Either you have those dogs in your pedigree or you have blue rhino x felony strain of Gotti line. Not saying that there aren’t more but those are the most popular Gotti line dogs.

As for the look of Gottiline verses Razors Edge dogs is also different.

Gottiline dogs tend to be a bit more extreme than Razors edge pitbulls.  Today Gotti line has many variations of styles of dogs, so it’s hard to say what the Real Gotti line pitbull looks like but all styles have great traits and all the dogs are something special to look at.

This is a picture of the Notorious Juan Gotti the dog that started GOTTILINE. 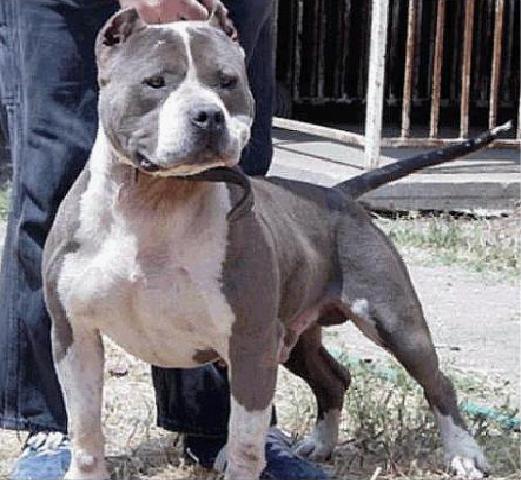 The Razors Edge bloodline was created from a lot of different dogs, unlike Gottiline that was based off one dog Razors edge had a large breeding program. Razors Edge was created by Dave Wilson in the 1990’s from quite a few different dogs. We will stick to the main dogs in this article. The dogs that put Razors Edge on the map, my favorite dogs like Short Shot and purple rose of Cairo. We can’t forget about the dogs that produced those dogs Like Grand Champion Razors Edge Saddy Paddington Which is Cairo’s dam and Razors Edge grand Champion Throwing knuckles which is Short Shots Grand sire. These dogs are very important because they produced today’s style of Razors Edge bully pit.

Razors edge purple rose of Cairo – was bred by Dave Wilson from Gr champion Saddys Paddington and Ch Cloverhills Watuka Spirit. Cairo litter was a great litter that produced foundation dogs for a lot of kennels and helped create the Razors Edge bloodline further along in the program. Razors edge Purple Rose of Cairo had a few great breedings that produced some very important dogs in the Razors Edge line. The first breeding that comes to mind was probably Cairo’s best breeding (Cairo x Viagra).Which produced one of Razors Edge most popular studs Lil RO and CAI, then Diva and Ciara for  Females. Then another breeding that he did was Cairo x Tiki which produced Razors Edge Hennessey which is owned by Master P kennels , Paul and Cindy did a great job with him . Cario was also bred to Kio that produce Razors Edge Denile , Shamrock , Neela which  these dogs did a lot for the Razors edge blood line. But other than producing very well Cairo was A UKC Champion. Cairo was the ideal dog of Razors Edge, weighing in at about 90 lbs and a 24 maybe 25 inch head he was a dog before his time as well.One day Cairo disappeared into the woods at the Razors Edge farm in Virgina. 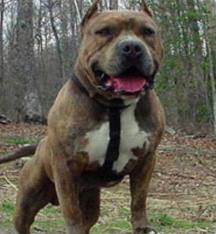 Then you have the Razors Edge CLP Short Shot strain of dogs Who is off Buck Shot x Rage Real nice line breeding. Buckshot is a Knuckles Son and rage is knuckles Sister. Short Shot has done some great breedings that have taken the Razors Edge blood to the next level when mixed with Cairo blood. Short Shot x Diamond, this breeding produced dogs with heavy bodies all day like paradise and lil man. (Short shot x Steel) which produced a dog called Buck in a quarter WOW, one massive head and a few other dogs like Bebe which we have her offspring in our program (RIP Sheek Louch). We were Lucky enough to have Short Shots last litter before his retirement,( Short Shot x Roxy) which produced are Gizzy. Short shot passed away in 2009 but his legacy will live on through his offspring. Short Shot was a 75-80 lb dog with a 24 inch head but very short backed and great conformation he had the shovel shaped head it was awesome.. One of my all time favorite right here. 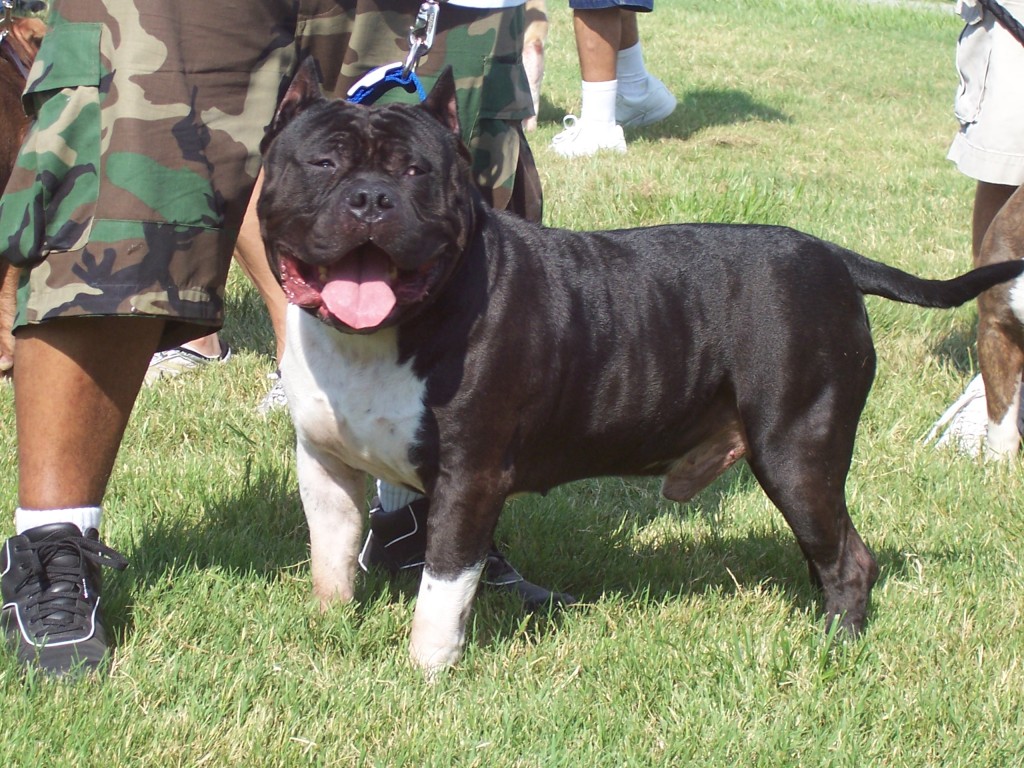 About The American Bully 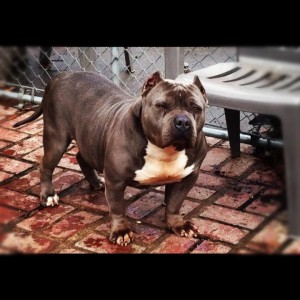 What is an American Bully?

The American Bully is a American Pitbull Terrier with its own standards. Just like the AKC’s Am staff. They both are American pitbull terriers but with a different standard under different registrations.

The American bully has really grown so large in the past ten years that this type of Pitbull is known and owned worldwide. We are proud to say we have been around to see this happen.

The ADBA (American Dog Breeder Association) was the first Public Dog registry. The standard for their style of American Pit bull Terrier is the old school Game dog. A dog bred for performance. 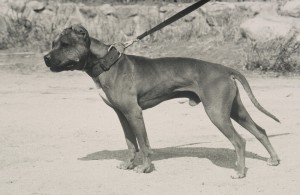 The UKC (United Kennel Club) has a standard of its own. Which is a dog bred for show and performance. With Strict standards in the conformation and other activities makes it a tough ring to show in for a rookie but we all start somewhere. The UKC has the most complete pedigree. All of Steelhead pits Dogs are UKC Registered

The AKC (American Kennel Club) Is the closest thing to bully standards. It also is the hardest place to become a champion in my opinion.They took the American pitbull and molded their own standard and now we have the AM Staff.